With Big Data topping the buzzword charts, how can you overcome the hype and complexity to craft a growth strategy focused on the right data opportunities?

Every two days, the human race generates as much data as we did from the dawn of civilization until 2003. The abundance of data is created by almost everyone and everything, from teenagers uploading photos and comments to Facebook to pharmaceutical companies recording and processing evidence generated in clinical trials. With “Big Data” topping the buzzword charts, managers in just about every business sector are asking themselves, “How can we use data to drive new growth?”

This simple question has led to a huge amount of complexity and confusion, especially among companies in which “doing something with data” is not their primary day-to-day business. With so many non-data companies venturing into unfamiliar data opportunities without a clear strategy, it should be no surprise that over half of all recent data initiatives were left incomplete or classified as failures.

A core problem, in our experience, is that companies fail to view data opportunities as a multi-stage value chain – or if they do, they make the assumption that to win they need to compete in every stage. Instead, we believe a clear and compelling path can be determined only by examining the strategic possibilities of each stage individually. Using this approach, companies can make smart, strategic decisions about where to build organically, where to acquire externally, or where to enable with strategic partnerships.

At the simplest level, there are four primary stages to consider for every data value chain. Let’s take GPS traffic data as an easy-to-understand example:

For any data stream to exist at all, some entity has to collect the data where it originates. Traffic data has traditionally been generated by roadside sensors that are owned by municipalities and local governments. Lately, though, smartphone app-based companies such as Waze have been pioneering crowd-sourced traffic data collection platforms that could eventually make traffic sensors obsolete.

At this stage, the raw data is stored and combined with data from other sources to prepare for future interpretation. For traffic data, municipalities typically store the data on their own servers or may outsource this task to a third party data repository company.

Third, an Intelligence Engine is applied to the data.

This is the analytic and algorithmic operation that provides data utility. Garmin and other GPS manufacturers rely on the advanced intelligence engines of NAVTEQ (and its competitors) to interpret the traffic sensor data to provide traffic information usable by GPS devices.

Data Usage is the last stage in the chain.

This is when the outputs of the intelligence engine are converted to tangible value. This value may come from a direct user experience, as in the case of a Garmin owner being notified their trip will be 10 minutes longer than expected, or from communicating with a “smart system” in which traffic signals are adjusted automatically based on current traffic flow.

By evaluating the data value chain in this manner, one can see that the competitive differentiators at each stage are quite different. Each entity competes most effectively by specializing in what they do best. For example, by relying on NAVTEQ to handle the Intelligence Engine development and improvement, Garmin can focus on creating the best possible customer interface by innovating the touch-screen, graphics and other variables of the device itself.

The shift from an integrated to modular data value chain

When creating entirely new data value chains, every stage is interdependent and tends to be owned by a single entity because no other value chain players exist. A case in point is DuoFertility, a device that helps infertile patients conceive naturally by providing continuous, at-home fertility monitoring. The patient secures a sensor to her body to record sleeping

patterns, body temperatures and other data all of which is stored on the sensor. This sensor data is then interpreted by DuoFertility’s proprietary Intelligence Engine to calculate levels of fertility and predict future ovulation. For couples hoping to conceive, this is highly actionable data. The output is viewed via a web-based, customizable software platform. DuoFertility manages the entire data value chain in an integrated manner.

However, as data value chains mature, separate companies typically begin to specialize in specific stages.An example of this shift towards specialization is Glooko,a mobile app for 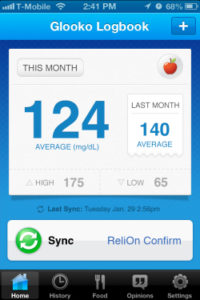 patients with diabetes. The app uses existing patient blood glucose data streams to provide patients with an interactive platform that reveals trends, provides alerts and creates easy to manage logbooks. Glooko avoids the Data Generation and Data Repository stages, ceding these stages to blood glucose meter manufacturers and specializes in the development of an exceptional Intelligence Engine and Data Usage. As this app catches on and competitors crop up, one can imagine a future state in which the Intelligence Engine and Data Usage separate as the data value chain further disaggregates.

In our experience, successfully pursuing a data opportunity requires a strategy that takes into account the state of industry-wide data value chains (whether integrated or modular). Only when this is taken into account can you direct capability development towards the optimal stage of the data value chain and obtain a competitive advantage in the marketplace.The process proceeds in three steps:

To evaluate a data value chain, you need to answer fundamental questions such as, “How many companies work together to enable it?” and “How many transition points between companies exist within it?” Assessing which companies are involved in which stages of the data value chain for what reasons helps to depict the state of the competitive environment. This is your critical knowledge foundation.

Because data value chains shift from integration towards modularity, selecting the specific stage or stages in which to compete is a key strategic choice. Identifying this stage can be done by examining the landscape through two lenses. The outside-in lens identifies the stages where the most future value lies: Where are the defensible strategic positions that will be hard for others to copy? The second lens asks at which stages your organization has the assets and capabilities to create a sustainable competitive advantage and which stages are you better off ceding to others.

For instance, a medical device company seeking out new ways to leverage its “data assets” will likely find a flurry of start-ups creating new smart phone applications. They will quickly discover this market is intensely competitive. Players may rely on data streams they don’t control. Competitive differentiation may depend more on user interface design and e-marketing than it does on ownership of a subset of the data. Unless they feel prepared to compete with a massive army of agile app developers, it might be a wiser strategy to enable Data Usage through strategic partnerships and focus instead on the compatibility of data streams they generate. Or they may decide to develop a best-in-class intelligence engine.

3. Craft a strategy based on competitive landscape and the optimal stage to excel.

In general, we find that there are two types of strategies to guide the pursuit of a data opportunity.

When the competitive environment is highly integrated or in the early stages of a shift towards modularity, there is opportunity to compete by developing a new, fully integrated data value chain and defending each stage from competitors for as long as possible. This approach can be risky as it is typically used for nascent, unproven data opportunities. Or it may involve developing capabilities that your organization isn’t familiar with and may be slower to scale due to the lack of partnerships and collaboration.

We find that large companies are often tempted by the notion of creating a fully integrated data value chain, even when the market has already gone modular. However, this path is likely to fail because organizations are competing against specialists in stages of the data value chain where they are not best positioned to win.

Encourage the sharing of a modularized data value chain

When the competitive environment is highly modular or shifting that way, there’s opportunity to compete by operating within specific stages of the data value chain. This entails ceding certain stages to competitors or strategic partners by ensuring “interoperability” and making others in the value chain aware of the value you can add. Typically, it is important to strive for non-exclusivity whenever possible, as the benefits from being able to scale through any partner outweighs the potential advantage of aligning with any one partner. Partnering in this way can yield strategic benefits as it enables managers to specialize in specific stages of the data value chain and cede to partners the stages that are not a good fit for the organization.

An example of this strategy is found in Withings, which creates a variety of products and apps for health monitoring such as the Smart Body Analyzer, which measures weight, body composition and air quality. Withings also makes the Pulse smart tracker that monitors 24/7 activity and measures heart rate. The company specializes in the Data Generation and Data Repository stages by leveraging deep capabilities in product development and data aggregation. Though Withings has its own Intelligence Engines and mobile apps, they have taken a deliberate strategy of interoperability and encourages others to develop their own Intelligence Engines & Data Usage-based businesses. For example, they offer a free API that developers can use to create new apps that take advantage of Withings devices and the data they record. By encouraging sharing at certain stages of the data value chain, Withings can focus on developing and maintaining their core capabilities and stimulate growth by cultivating partnerships.

The strategic management of data is a complex business topic – and getting more complicated over time. Only by disaggregating the data value chain into a series of stages and carefully considering where to compete, where to partner, and which stages to avoid entirely can savvy managers find the best way to use data to drive new growth.

Tim Gustafson is a principal and Dan Fink is an analyst with Innosight.