I was recently in a meeting with an innovation manager at a large company who told me about all the projects he was overseeing. When I asked who was actually working on these efforts, he mentioned there were some part-time internal people and some external contractors. I told him politely that it was highly unlikely that any of these efforts would yield any tangible business outcomes. We finished our coffee, and I’m sure that when we chat next, there will be yet more “zombie” innovation projects—walking dead efforts wondering the corridors of the company. 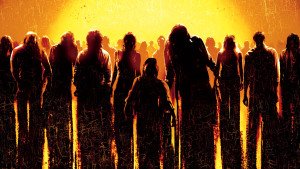 : focus, focus, focus. While it’s true there are many other things that matter in innovation, there’s no doubt that focus is hugely important.

As I took the taxi back to the office, I started to think about why innovation zombies are so prolific and where they come from. I came up with five culprits:
1. Lack of strategic direction related to innovation
2. Well intentioned ideation sessions and workshops
3. Illusionary safety sought from large number of innovation projects
4. Ease of starting projects compared to finishing projects
5. Difficulty of killing zombie projects

The first and most important factor behind the emergence of zombie projects is the lack of clarity on the role of innovation, especially non-core innovation, in an organization. Innovation is such an imperative in most companies that leaders feel compelled to do something. Building a portfolio of innovation projects is both concrete and actionable.

However, often there is no clear innovation strategy and organizations don’t have clarity on the objectives or boundaries of innovation. This lack of strategic direction allows for all types of efforts to proliferate, because when you don’t know where you are going, any road will take you there.

The second is a seemingly innocent source of zombie projects, namely workshops and ideation sessions. These sessions are conducted with the best of intentions such as energizing the organization, capturing the best ideas within the company, and exploring new opportunities and often that’s exactly what is achieved. Smart and experienced people can be expected to come up with good ideas and that’s exactly the problem. A good idea becomes a zombie project when it is made into a formal project, but one without strategic purpose, proper resources, leadership oversight and support or the structures and processes needed for innovation. The projects exist and they have enough life in them to be a drain on the organizations resources, but they never have any real possibility of becoming a driver of profit and growth.

The third reason for the proliferation of innovation zombies is that innovation teams believe that there is safety in number of projects they manage. There isn’t, but the confusion is easy to understand. Innovation teams face tremendous challenges in driving the innovation agenda within an organization. Often these teams are small and under resourced and they lack the strategic direction and leadership mentoring that is essential for innovation.

To compensate, teams sometimes seek to build a large portfolio of innovation projects, a kind of “Potemkin village” portfolio of non-serious projects. The motivations vary, but sometimes it’s done to show the leadership that real progress is being made, at others it’s simple done to keep the team busy. Whatever the reasons, innovation teams are often the unintentional authors of zombie projects.

Fourth, it’s much easier to start a project than to progress a project. The primary reason for this is that the resource requirements increase as the project matures. The development and de-risking costs are much higher in version 15 than they are in a first paper model. Thus, projects are started with a small budget and no one, not even the finance department, pays much attention. However, as the project advances, the resource requirements become much more substantial in terms of human and other resources. Those resources have to come from the core business that is usually less than eager to share scarce resources with the innovation team. If resources can’t be marshaled, but the project can’t be killed, it becomes a zombie. After one zombie has been created, the innovation team can be tempted to start a new project because they know they can get resources for an early stage effort which is actually just another zombie in the making

Finally, as my colleagues have often noted, it’s extremely difficult to kill an innovation zombie. There are good reasons for this, but the two primary ones are that organizations are not good at dealing with mistakes and that they have no processes to deal with them. Killing a zombie implies having a frank discussion about the lessons of the effort, something that can be hugely valuable for any organization. However, few organizations have deliberate systems in place to allow this to happen. In their absence, people rather choose to let the projects live on without pushing to formally end them.

This reminds me of an old tale where a courtier who, having displeased the king, is threatened with death. To avoid his imminent demise, the courtier promises that he will make the kings horse fly in one year and his life is spared. His perplexed friends point out the enormity of the task, but the crafty courtier notes that in one year the horse might be dead, or the king might be dead or the horse might even fly.
Zombie innovation projects come from many sources, but innovation leaders must aggressively and humanly put them down so the organization can focus on those opportunities that can drive real business impact. As you pursue innovation efforts in your organization, make sure you understand where zombies come from so that you can stop their rise.

Pontus Siren is a partner for the growth strategy consulting firm Innosight.