Sometimes, knowledge is a bad thing, and it can be especially harmful when you’re trying to grow in a new region or open a new market. A case in point happened when my colleague Chris and I were part of a small team working to design and launch a venture in the medical tourism space.

Simply put, we were going to find U.S.-based patients who might consider traveling to Singapore to receive treatment rather than have the treatment done in the U.S. We were very excited about our idea, and we’d even secured some seed funding to explore the concept.

There were many reasons why the idea seemed so compelling. Singapore has state-of-the-art hospitals, many highly-trained surgeons, and the cost of the entire procedure (including the operation, first class flights and a stay in a five-star hotel) would cost up to 50% less than having the procedure done in the U.S.

We were smart people, we’d read all the press about the incredible costs of surgery in the US. We’d read all the reports about how U.S. healthcare costs were going to continue to skyrocket. We’d even heard that some hospitals in Thailand (notably, Bumrungrad hospital) had even started to build a successful business in this area.

Spurred on by our insights, we moved forward with our efforts to start building out the solution. We identified a partner in Singapore, developed some early marketing materials to test with customers, and identified solutions to address the myriad of logistical issues of moving patients between airports, hotels and hospitals.

Everything was going according to plan—until we decided to start testing the concept with customers. And as it turns out, in our enthusiasm to find reasons to support our idea, we had forgotten to check our assumptions at the door. During customer research we learned three important things. 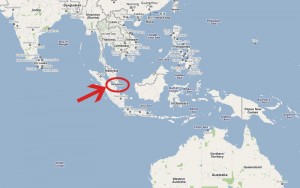 of the potential customers had no idea where Singapore was. We didn’t even think to ask. We figured that even if people couldn’t locate it on a map, they knew it was ‘far away’ from the U.S. After an hour of chatting with one potential patient, we noticed that the gentleman didn’t seem overly concerned about the travel-related issues. Upon further questioning, we determined that this person thought that Singapore was an hour or so south of New York City. All our carefully designed questions related to their comfort and concern about the quality of care was wasted because we never thought to ask some basic questions up front.

2)      The cost of care in the U.S. was not as high as we thought. We thought we had done our research on the cost of various operations such as hip replacement. We had good data on from different hospitals, and had even followed up to verify these costs with a few phone calls. The reality was far different however. As one patient who had had their hip replaced put it, “no-one actually pays that price.” As we later learned, the hospital master charge price was simply the initial starting point, which would often be reduced by negotiation or by paying cash.

3)      Fear of the unknown trumps the desire to save money. I used to live in Singapore. I’ve seen the hospitals first hand and have met the surgeons and nurses who would provide treatment. I’ve stayed in the local five star hotels. I know enough about Singapore to know that I’d trust my life to their doctors and hospitals. For our potential customers though, we soon learned that during interviews they would represent their rational selves, but the moment they were asked to make decisions, their emotions took control. As one patient put it, “it’s just not the U.S.”

In my more recent work, I’ve gotten better at checking my assumptions at the door. Here are three simple steps that I’ve found to help.

A.     Write your assumptions down. It’s just too easy to leave them unspoken and implicit. Writing them down forces you to articulate what you know and what you know.

C.      Prioritize your assumptions. No assumption is perfect. In fact, every statement you write down exists somewhere between an assumption and a hypothesis.

After all, the real trick is not just to write down your assumptions in a structured format, but to determine the level of confidence you have in each one. This allows you to think through the implications if you’re wrong. Now comes time to test certain ones first, especially the ones with the highest impact and lowest level of confidence.

Alasdair Trotter is a principal with Innosight based in California.