In 1997, Korean Air Flight 801 crashed into a mountainside in Guam. While several factors played a part in the accident, the inability of the co-pilot to openly raise his concerns to the captain contributed to the tragic outcome. In his book Outliers, Malcolm Gladwell recounts how accidents like Flight 801 led to the radical redesign of cockpit protocol, the company’s training program and culture—all of which later made Korean Air one of the safest carriers in the world.

Candor, the quality of being open and honest, is critical not only for pilots, but also for business innovators. In Finland, there’s an expression about openly examining difficult issues: putting the cat on the table. 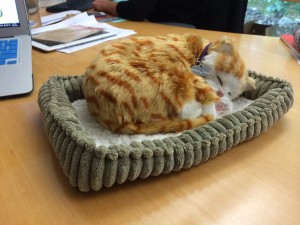 ould agree that innovation leaders should encourage their teams to put the cat on the table. I’d even argue that candor isn’t simply a useful attribute but a critical and fundamental cultural enabler of innovation.  However, in our work with companies across sectors and geographies, we can see that relentless candor is the exception, not the rule, for innovation teams. It is not that people are dishonest, but that they do not raise the difficult questions and issues, don’t constructively challenge flawed thinking, misaligned strategy, or resource allocation decisions, and they allow overly optimistic assumptions to go untested.

So why is candor so rare and what should leaders do to enable and nurture it within their organization?

There are four forces that kill candor in corporate innovation environments: fear, hierarchy, politics and reward systems. To enable candor, leaders must overcome each in a systematic and sustained manner.

Nothing is as detrimental to candor as fear. Fear can be real or imagined. But in the corporate environment, fear can broadly be categorized into two buckets. The first is fear about losing your job and jeopardizing your career.  The other is fear about not being able to perform to a high standard in a new role that involves new and uncertain tasks.

Leaders can dispel fear from their innovation teams in four ways:

To deal with the real fear that innovation assignments are career killers, leaders must show positive recognition strong performance in innovation efforts—regardless of outcomes. As P&G CEO A.G. Lafley writes: “Companies that really want to show their commitment to innovation, and their fearlessness when it comes to failure, can promote someone whose project failed,” Lafley writes in his book Game Changer.

Second, leaders must select their team carefully and support them with continuous training and external experts when necessary. This is effective way to overcome real fears that an innovation role is too daunting. We have seen that when teams realize that there is a well-defined process to guide the innovation efforts, a broad range of tools and expert coaching, they usually lose their fears about the lack of skill or capability.

Third, leaders must take personal responsibility of the outcomes. To quote Lafley again on how to empower innovation teams: “I know that what I am asking you to do is unreasonable and has a high chance of failure. However, my commitment to you is that I will bear the risk. If the project fails, I will take ownership for the failure. All I ask is that you tell me what the team needs to succeed, what risk I am taking, and to try your hardest.”

Finally, when dealing with imaginary, ambiguous fears, the primary tool to address them is clear communication about the values and leadership principles of the company. Time and experience are the best medicine here.

The next obstacle to candor that a leader must deal with is hierarchy. Good ideas and questions are not dependent on hierarchy or title. Furthermore, when dealing with questions that have a high level of uncertainty, no one in the organization has the right answer (which has to be discovered). The task of leaders here is to clearly remove hierarchy from those settings where innovation challenges are tackled.

In one client situation the innovation team sponsor found an imaginative and effective way to remove hierarchy. Within the company, senior leaders were typically addressed with a ‘sir’ in front of their last name. The innovation sponsor told the team that in the innovation team meetings that the ‘sir’ would not be allowed. It was inspiring (and fun) to watch as the team struggled to let go of the ‘sir’ during their presentations. This simple change made the discussion more direct and livelier.

Leaders must also deal with the challenge of politics within the innovation space. Politics manifests in many ways, but broadly speaking it can be understood as the active management of the expectations and perceptions. People can seek to shift responsibility, blame and credit to ensure they can get the benefits, or avoid the consequences, of positive or negative outcomes.

There are two things leaders can do to reduce the impact of politics on innovation efforts. One is to simply communicate that politics will not be tolerated within the innovation team. The other, much harder but more effective way, is to spend enough time with the innovation team to eliminate the possibility of politicking by being very well informed about where credit and possible blame lies.

Finally, leaders must address the reward systems used to evaluate and compensate innovation teams. I have discussed this topic in another blog, but briefly, teams should be evaluated on how effectively (in terms of time, money and risk) they turn assumptions into knowledge. The concept of E-CAK stipulates that it is only the efficiency of learning—not the outcome of the experiment—which should determine team evaluations and rewards.

When teams realize that they are actually rewarded for learning and insights, they will be far more motivated to voice their ideas and insights. That’s why the efficiency of learning should be the primary evaluation criteria and should directly impact the performance bonuses of the team.

In short, putting the cat on the table is a key cultural enabler of innovation and as such should be a high priority of leaders. By systematically addressing fear, hierarchy, politics and reward systems, leaders can get the best results from their innovation teams.

Pontus Siren is a principal with Innosight based in Singapore.