While M&A as a lever to drive growth, innovation, and transformation is more vital than ever, most companies struggle to use M&A effectively. Leaders often attribute this struggle to the difficulties of executing or integrating M&A, but we believe that the root cause is more fundamental: a failure to link M&A to a strategy for the future.

This failure manifests itself in several ways. Many companies have strategies that focus only on the near-term and that do not contemplate major industry or environmental changes. As a result, M&A scans are likely to surface only the most obvious candidates—where competition for deals drives up premiums. Companies that do consider bolder M&A moves may end up making bets that are hard to justify. Even when a robust long-term strategy is present, it often fails to consider the optimal role of M&A in achieving the strategy. Finally, once a deal is made, these problems can be compounded when the acquirer prioritizes short-term tactical objectives—such as realizing synergy targets—at the expense of longer-term, more transformational growth goals.

Without the proper strategic framing, M&A has little chance of having long-term impact. This is borne out by the numbers: more than 70% of mergers and acquisitions fail to deliver on their expected financial benefits.¹ And yet M&A continues to be an imperative for large organizations. Companies with more than $1 billion in revenue typically depend on mergers and acquisitions to deliver as much as 30% to 50% of their growth.²

Meanwhile, the pace of “creative destruction” within industries has accelerated over the past 50 years, and the lifespans of large companies are shrinking, with half of the S&P 500 expected to be replaced over the next 10 years.³ This increased turnover heightens the need for companies to continually reinvent themselves and to use M&A as a key enabler to accelerate where the organization is going.Once a deal is made, the acquirer often prioritizes short-term tactical objectives—such as realizing synergy targets—at the expense of longer-term, transformational growth goals.

But our consulting work and research reveals significant benefits when companies take a “future-back” approach to strategy and M&A. This involves developing a long-term strategy that incorporates a granular understanding of the role M&A will play in executing it. In doing so, leaders can overcome known shortcomings and design a purposeful M&A program that delivers impact.

Leaders must look beyond consolidating existing markets and towards aligning key deals with a long-term vision of the future. To be sure, moving into new markets is a challenging proposition. But the potential rewards are commensurate with those challenges. One example is Google’s 2005 acquisition of Android for $50 million. The deal was small enough to barely make the business press at the time. But Google saw in the startup the beginnings of a major growth initiative in smart phone technology that led to the world’s largest mobility platform.

Disney’s $7.4 billion acquisition of Pixar was also driven by a strategic vision. Pixar’s content not only meshed well with the Disney brand but also supported its franchise-focused growth strategy combining powerful storytelling with cutting-edge technology. Since the 2006 deal, Pixar has continued to unleash a string of hit movies while also bringing fresh leadership to Disney’s own separate animation division.

For an even more systematic example, we can look to IBM after Sam Palmisano was named CEO in 2002. IBM developed and executed a 2010 strategic plan for moving into higher-value software and services. Key themes included Business Analytics, Smarter Planet, and Cloud Computing. As a result of this strategic and synergistic approach to M&A, IBM’s average acquisition (2002-2005) doubled its direct revenue within two years.4 By 2010, IBM had remade itself into a company better known for its business analytics capability rather than computing devices—and it surpassed original financial targets.

What all these M&A programs had in common was a strategic vision. By contrast, strategic planning in most large organizations has a short-term focus; indeed, it is often simply an annual budgeting exercise. This is (somewhat) understandable given the quarterly performance pressures leaders are under from shareholders, but it comes at a cost: a “present-forward” strategy that extrapolates from assumptions about the past and present, without sufficiently contemplating the future and how it might be different. It is essential for leaders to develop a shared, long-term view of the future and the company they want to create for that future. Such a view is critical for having the conviction required to make near-term resource and investment decisions that have a longer-term, transformational impact—including decisions about M&A. Future-back strategy is designed to address that challenge.

A future-back strategy is best developed through a series of “leadership dialogues” with the top executive team. Leaders start by examining transformational trends, internal capabilities, and current growth momentum. Through structured discussions, teams align around a set of assumptions that describe a shared view of the future. The key is not to develop complete certainty around these assumptions (which is impossible), but to make them as accurate as possible and to make them explicit. Having this clear view of the future world is what enables the leadership team to make considered choices about long-term strategy—where to play and how to win.

Developing a future-back strategy provides a leadership team with the right strategic and financial clarity to make the big decisions about how and when to use M&A. Critical issues include:

Aligning the company on these decisions will create a clear point of view about how M&A contributes to the portfolio of current businesses, adjacencies, and new strategic opportunities that are part of a long-term growth plan. This alignment yields a “north star” vision that guides planned investments and financial expectations. The objective is to do deals that are purposeful, proactive, and powerful to accelerate your competitive leadership and your long-term strategy.

The Guiding Principles of Future-Back M&A

Moni Miyashita is a former partner at Innosight, having joined the firm after serving as a Senior Advisor to McKinsey & Co., where she advised partners and clients globally on transformational M&A. Previously, she was Vice President, M&A Strategy, Investments and Relationships at IBM. Most notably, she built and led IBM’s M&A integration capability over a six-year period, when 75 acquisitions helped transform the company into a software and services business.

Patrick Viguerie is President of Innosight, having joined the firm in 2014 after a 27-year career with McKinsey & Co., where he led its Strategy Practice in the Americas. He is co-author of The Granularity of Growth: How to Identify the Sources of Growth and Drive Enduring Company Performance.

David S. Duncan is a senior partner with Innosight and the co-author with Innosight co-founder Clayton S. Christensen of the new book, Competing Against Luck: The Story of Innovation and Customer Choice. He is a trusted advisor to top leaders at many of the world’s largest companies, helping them to navigate disruptive change, create sustainable growth, and transform their organizations to thrive for the long-term.

²Unlocking M&A Value at Every Step, from strategy through integration, by Moni Miyashita et al (McKinsey, 2014) 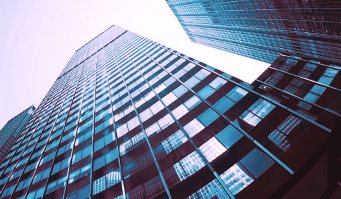