To some, ball bearings are boring, even though these small steel spheres are what keep everything from

factory machines and wind turbines as well as cars, trucks, planes, and trains moving smoothly and safely. But to Sweden-based SKF Group — the leading company in the $76 billion global market for ball bearing systems — these objects are heroic, destined to become the “brains of rotating machinery” by transmitting data to boost performance, reduce downtime, and prevent accidents.

Yet even though SKF has a century-long track record of keeping the wheels of industry turning, this new vision of bearings with brains by no means assures that SKF will prosper in the changeover in technology represented by the internet of things, in which every conceivable object can become a node on the net.

So far, much of the attention around smart, connected products has been around consumer-facing goods like watches and thermostats. Industrial companies have tended to be among the last to create digital strategies that harness the new opportunities arising from the proliferation of smart products. That lag poses dangers. Tech titans such as Google and Amazon are working to connect more and more types of objects to the web by offering mobile interfaces for managing just about anything. If someone else designs the apps and software that allow customers to monitor machines, the ripple effects across value chains could force industrial giants into the role of being mere suppliers of commodities. 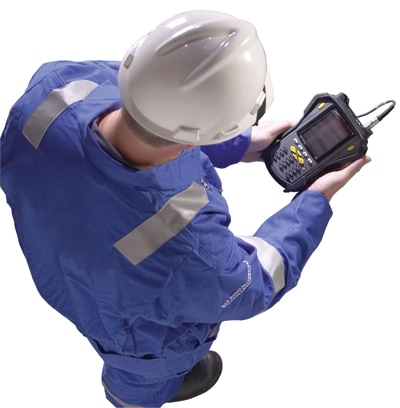 Building an industrial internet strategy. In this respect, creating an industrial internet of things is an even more urgent endeavor, because industrial systems represent huge capital expenditures, have longer lifecycles, and are placed in mission-critical and often hostile environments that can cause costly and dangerous systems failures. “In some offshore wind applications, changing the main bearing on a turbine is so expensive that it undermines the business case for building the turbine in the first place,” said Filippo Zingariello, director of global strategic development at SKF.

Such challenges, he says, require industrial companies to take a fresh approach to strategy. After all, the technology now enables a different kind of relationship with customers.

Recognizing this, SKF two years ago announced SKF Insight, a way to turn its industrial products into digital services. The first step involved hardware — installing tiny sensors into bearings that are powered by the kinetic motion of the machines themselves.

Joe Sinfield is a senior partner at Innosight; Ned Calder is a partner and Ben Geheb is an analyst at the firm.