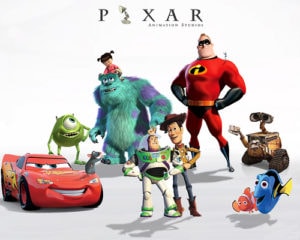 Question: Why is it so necessary to bring more candor and honesty into my innovation program, and how do I go about doing it?

Answer: This is an important question, because leaders of large organizations can demand candor, but that does not mean they will get it. While people who innovate for a living may be very open about their successes, it’s rare to hear open discussions of what’s not working and why.

There are many reasons for why candor is such a scarce commodity. Managers generally don’t like to admit problems publicly, especially when their supervisors discourage it either actively or unconsciously. A good example of the latter is a story told by author Bryce Hoffman, in his book about saving the Ford Motor Company, about how one previous Ford CEO dealt with dissenting voices: “This is our new marketing strategy. . . If you don’t agree with it, I’ve got somebody from HR who will work out your retirement.”

Indeed, in some companies the culture and organizational structures help ensure that information is not shared or that it is interpreted very selectively. Even CEOs can have a tough time getting an accurate overview of the situation. Bill Ford reflected on this as he described a management meeting at Ford: “This is all a bunch of bull…. Nobody will give me a straight answer.”

Yet if large companies can’t surface the thousands of problems that workers and managers encounter every day, they won’t have any chance solving them. This is even more important for innovation efforts, where we know from experience that initial ideas and business models are always partially right and partially wrong. As the model is refined, it will go through twists and turns and the team will experience moments of doubt. If the problems that innovation teams encounter are not openly discussed together with the leadership team, the outcomes of the innovation efforts become highly predictable: they will end in failure.

Similarly, without constant candor, the hallways will start to fill with zombie projects. These efforts, the living dead of projects, are not evaluated honestly, and while they have few prospects of success, they are not given a proper burial. As light is to vampires, candor is to zombie projects: they simply won’t survive it.

Ford Motor Company was turned around by Alan Mulally who famously said “you can’t manage a secret” and who deployed the weekly Business Plan Review and the 24-hour rule to constantly surface the problems the organization was encountering.

Ford Motor Company was in deep financial trouble in the early 2000s. Bill Ford, the great grandson of Henry Ford, brought in Alan Mulally from Boeing to turn the company around. As I alluded to above, Ford had some issues with corporate candor. To counter the deeply ingrained behaviors, Mulally instituted a structure and process that helped profoundly transform both the management and culture of the company.

The first change was the Business Plan Review (BPR) process where all the senior managers of the company gather once a week and review hundreds of performance indicators. Each is color coded in red, yellow and green, and any plan that is not on target must be flagged as either red or yellow. Everyone sees the issues and is asked to help solve them.

In the beginning, getting managers to change their ingrained habits (not admitting publicly that there were any problems in their divisions) was certainly difficult and as Mulally recounts, in the first BPR meetings all the boxes were green. He pointed out to the leaders that “we are going to lose 17 Billion dollars. Is there anything that’s not going well here?”However, over time the behaviors changed dramatically as evidenced by the rainbow colors in the BPR charts. Another way Mulally enforced candor at Ford was the ’24-Rule’. It states that managers have 24 hours to solve a problem before they have to go public with it. This ensures that people don’t sit on problems too long and also fosters a team based approach to problem solving.

Being honest at Pixar

Pixar, the leader in animated pictures, has something called the “BrainTrust,” a forum that critiques, reviews and provides brutally candid peer critique (and help) on all the films, which, according to CEO Ed Catmull, “all suck” in the beginning.

Pixar is a highly successful animation company. Every single of its first thirteen feature length animation films has been a giant hit. What makes this achievement so impressive is that the movie business is notoriously unpredictable and past success is little guarantee for future glory. One reason for Pixar’s success is that the company relies on systematically surfacing problems in its movies and leverages the collective intelligence of the company to improve them. By their own admission, all Pixar movies ‘suck’ but only in the beginning and sometimes in the middle, but never in the end.

Another difference between Pixar and many other movie producers is that Pixar does not release bad movies, whereas others do. The structure and process that the company deploys to surface problems in the movies and to help solve them is their BrainTrust. The BrainTrust consists of the directors and producers of the various movies that Pixar is working on and the senior leaders of the company. They meet regularly to present their story line and approach to animation. There are always serious issues with both, especially in the beginning of the creative process, and so the Trust offers brutally candid feedback. Imagine dozens of leading experts relentlessly critiquing your film and in the next breath offering suggestions on how to improve it. That is powerful stuff.

An example of the BrainTrust’s handiwork is the reworked beginning of the hugely successful Finding Nemo. The Trust noted that the original storyline was “cryptic and impressionistic, and lobbied for a more linear storytelling structure” an approach which significantly changed the original story. Despite Pixar’s attempt to achieve a more streamlined approach to movie making with Nemo, Catmull notes that “we ended up making as many adjustments during production as we had on any other film we had made. The result, of course, was a movie we’re incredibly proud of, one that went on to become the second-highest-grossing film of 2003 and the highest-grossing animated film ever.”

In any endeavor that has a degree of uncertainty associated with it, it’s simply impossible to achieve excellence on the first try. You have to discover excellence through constant and candid feed-back and iteration.

Being forthright at Alcoa

Alcoa is one of world’s largest aluminum producers, and its employees have to work with massive amounts of ore, chemical and electricity. Yet, today Alcoa is one of the safest places to work in the world. Alcoa for decades was a very dangerous place, and there were numerous fatalities at its plants every year. To the dismay of many, when Paul O’Neill joined as CEO in the late 1980s, he focused like a laser on safety.

O’Neill instituted the 24-hour rule, which stated that all safety incidents had to be reported to the CEO within 24 hours. The rule also required that counter measures had to be rapidly developed, tested and successful solutions had to be shared with the other plants and managers. The rule necessitated much better communication systems (considering that Alcoa has plants around the world and works on multiple time zones).

He pushed responsibility to the local plant where the problem occurred. However, the company also benefited from the global expertise in that the problems —and the solutions to them —were quickly and openly shared with the entire organization. Like with Ford, the 24-hour rule at Alcoa forced people to quickly tell others about the problems they were encountering and also to share the solutions they had developed.

O’Neill’s emphasis on safety had a significant impact on the overall performance of the company because as it turned out, unsafe factories are also unproductive factories. By fixing the safety issues through candor, Alcoa simultaneously improved productivity and profitability and is today one of the most successful aluminum producers in the world.

In Finland, there’s an expression that I love about openly examining difficult issues: putting the cat on the table, which means to look at a problem from all sides in an above board way. These three companies demonstrate the power of putting the cat on the table when applied systematically and consistently. It’s not enough just to insist on candor, because experience shows that simple appeals to our higher nature will result in inconsistent results at best.

Rather, there must be enforcing mechanisms that allow people to quickly, consistently and safely surface the problems they are encountering. This holds true for the core business and even more so for innovation efforts. The system must ensure that there are no penalties for highlighting the problems and that there is help available to address the problems.

If these safe-guards are in place, collective problem solving can become a tremendous force within a company. Constantly surfacing problems and quickly solving them can make companies formidable competitors because they are always improving their solution and leveraging their collective intelligence to do so. Leaders ignore the importance of candor at their own peril.

In summary, here are three tips or best practices when considering how to infuse greater candor and honest into your innovation program.

Pontus Siren is a partner at Innosight.