Eat, Sleep, Innovate is a unique collaboration between Innosight innovation experts Scott Anthony, Natalie Painchaud, and Andy Parker and DBS’s chief transformation officer, Paul Cobban. The book draws on insights developed when they partnered together to develop the Singapore-based bank’s successful transformation program, as well as dozens of innovation hacks and habits they’ve collected from workplaces across the globe. 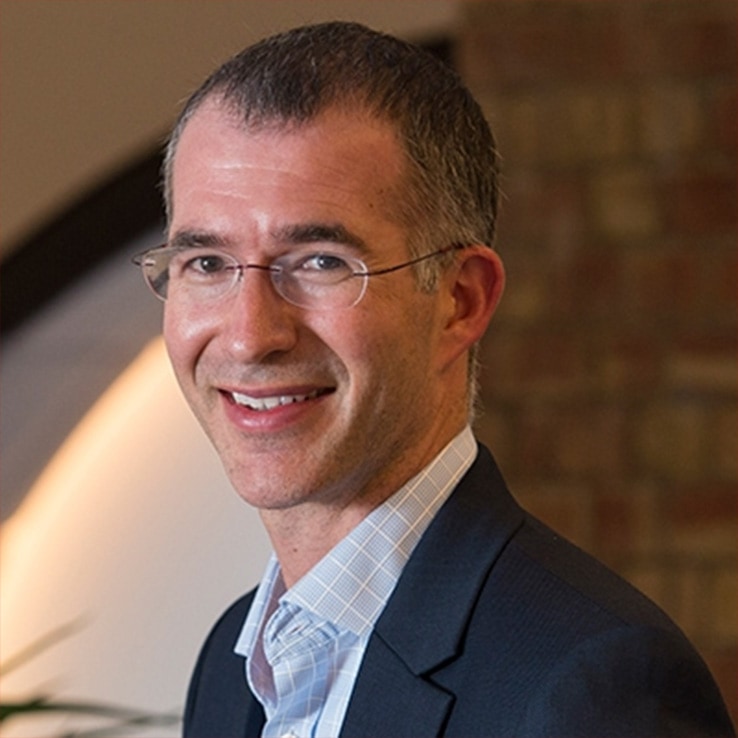 Scott D. Anthony is a Senior Partner at Innosight and former Managing Partner of the firm. Based in the firm’s Singapore offices since 2010, he has led Innosight’s expansion into the Asia-Pacific region as well as its venture capital activities (Innosight Ventures).

In his more than a decade with Innosight, Scott has advised senior leaders in companies such as Procter & Gamble, Johnson & Johnson, Singtel, Kraft, General Electric, LG, the Ayala Group, and Cisco Systems on topics of growth and innovation. He has extensive experience in emerging markets, particularly in India, China, and the Philippines.

Scott is coauthor of the book “Eat, Sleep, Innovate: How to Make Creativity an Everyday Habit Inside Your Organization“ (Harvard Business Review Press, October 2020).

Scott’s previous books are Dual Transformation; The First Mile: A Launch Manual for Getting Great Ideas Into the Market; Seeing What’s Next: Using the Theories of Innovation to Predict Industry Change (with Innosight co-founder and Harvard Professor Clayton Christensen); The Innovator’s Guide to Growth: Putting Disruptive Innovation to Work; The Silver Lining: An Innovation Playbook for Uncertain Times; The Little Black Book of Innovation: How It Works, How to Do It; and Building a Growth Factory. He has authored or coauthored numerous articles on innovation and strategy for a variety of publications. His Twitter feed is @ScottDAnthony.

Scott is a featured speaker on topics of innovation and growth. He has delivered keynote addresses on five continents, and has appeared on Good Morning America, Channel News Asia, CNBC, and FOX Business.

Scott served on the Board of Directors of Media General (NYSE: MEG) from 2009-2013, helping guide that company through a strategic transformation. In 2013 he joined the Board of MediaCorp, Singapore’s leading diversified media company. Scott chairs the investment committee for IDEAS Ventures, a SGD 10 million fund Innosight runs in conjunction with the Singapore government that has invested in 10 Singapore-based companies and generated a 20%+ internal rate of return. 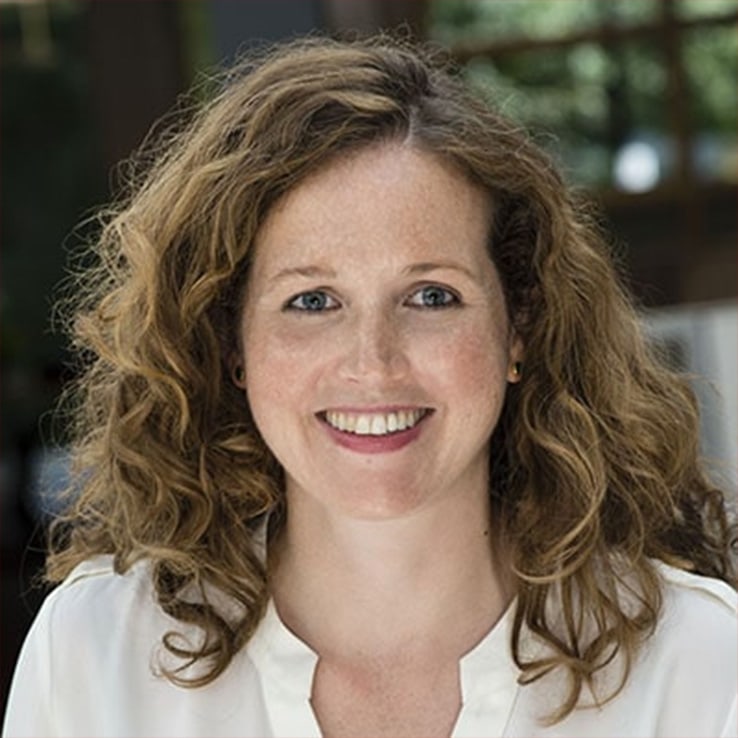 Natalie is the Director of Learning at Innosight and is an experienced strategy and innovation consultant and coach. Natalie has been a faculty member of an accelerated leadership development program for one of the world’s largest healthcare companies for over 6 years and collaborated on the initial design of the program. She has extensive experience developing leaders, and has more than 15 years of experience in helping Fortune 500 companies develop the strategies, capabilities, and early proof points required to successfully innovate.

Natalie is coauthor of the book “Eat, Sleep, Innovate: How to Make Creativity an Everyday Habit Inside Your Organization“ (Harvard Business Review Press, October 2020). Natalie is also the coauthor of the HBR article “Breaking Down the Barriers to Innovation.”

Natalie’s success in developing leaders is rooted in her own experience doing on-the-ground innovation.  An early member of Innosight, Natalie has worked all over the world in more than a dozen industries and specializes in healthcare and consumer goods. Natalie most recently immersed with a leading bank in Singapore to design a culture of innovation to enable their digital transformation.

As Director of Learning, Natalie leads Innosight’s internal training strategy by designing and delivering development programs for the global consulting team and the professional staff. In her role, she supports broader talent development initiatives, including performance management and leadership training.

Prior to Innosight, Natalie was a Senior Associate with an MIT-founded executive-education company. In this position, Natalie led a team that developed and presented technology-based prototypes and business cases to hundreds of global CEOs and CIOs who were invited by the sponsoring companies, HP and Oracle.

Natalie holds a BA with distinction in Industrial Relations from McGill University in Montreal and an Advanced Certification in Executive Coaching from the Columbia University Coaching Program. 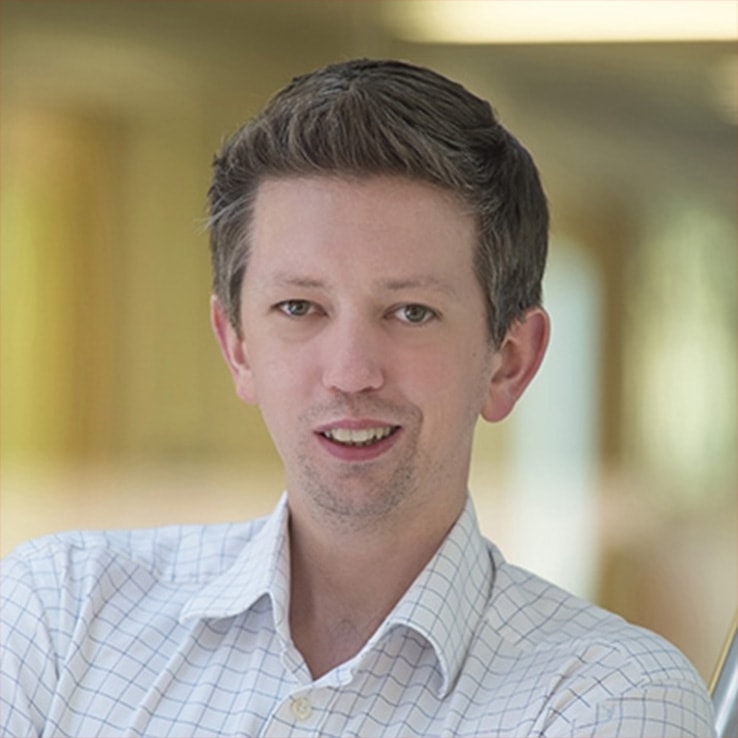 Andy Parker is a Partner at Innosight, where he heads the Singapore office. Andy has advised senior leaders at companies such as Singtel, SCG, McDonald’s, Coca-Cola Amatil, Bose and Ford. Andy has over fifteen years of strategy consulting experience working, and being based for significant periods of time, in both developed and emerging markets across six continents.

Andy is coauthor of the book “Eat, Sleep, Innovate: How to Make Creativity an Everyday Habit Inside Your Organization“ (Harvard Business Review Press, October 2020).

Andy is a speaker and author on topics of innovation, disruption and long-term growth. He is the lead author most recently of Australia’s Transformation Champions and the co-author of The Next Wave of Business Models in Asia published in Sloan Management Review.

Prior to joining Innosight, Andy was a member of Accenture’s Innovation Center in Singapore, where he designed and delivered breakthrough sessions for clients on their most important strategic issues and opportunities. Prior to his move to Singapore, Andy spent 5 years within Accenture’s Global Strategy Group, based out of London where he worked on numerous transformational and strategic projects for consumer goods and services clients.

Andy received a BSc. Honors degree in Business Administration from the School of Management at The University of Bath, in the United Kingdom. He lives in Singapore with his wife and two children. 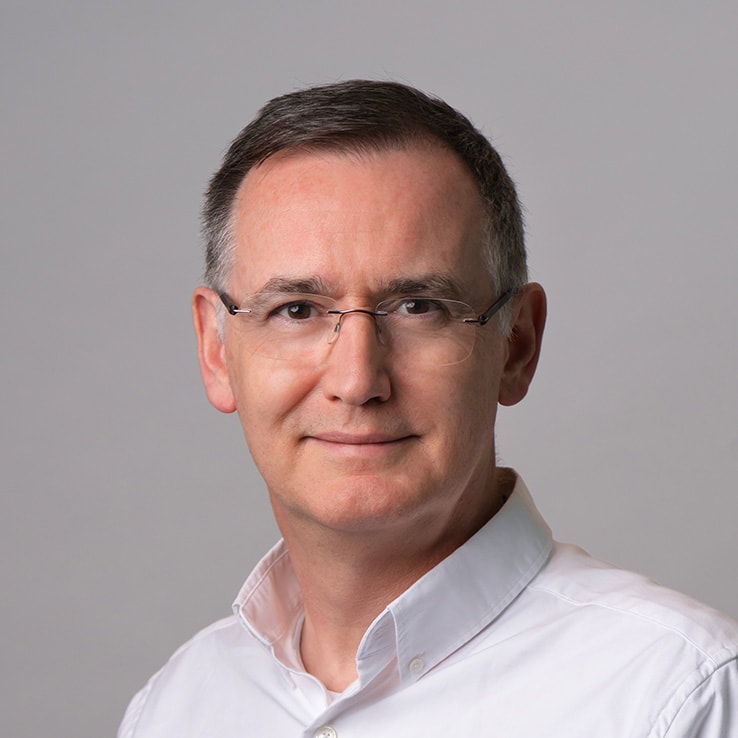 Paul Cobban, Chief Data and Transformation Officer at DBS, has helmed the cultural, digital, and data transformation that secured for DBS the distinction of being the only bank in history, to concurrently hold three of the most coveted global awards – “Best Bank in the World” by Global Finance, “Global Bank of the Year” by The Banker and “World’s Best Digital Bank” by Euromoney.

Based in Singapore, Paul and his team are responsible for enabling the bank’s strategic agenda to build a strong digital foundation by driving ambitious innovation, data-driven decision making and an Agile start-up culture, anchored in excellence in customer and employee experiences.

Considered one of the leading cultural transformation practitioners in the world, Paul is regularly sought after for global speaking engagements to share his experiences. He has co-authored a book on the culture of innovation (“Eat, Sleep, Innovate”) and was a finalist for the inaugural Clayton M. Christensen award for the best article in innovation published in Harvard Business Review. Paul currently chairs the Institute of Banking and Finance (IBF) Future-Enabled Skills Work Group, is on the board of EFMA, and is an IBF Fellow. He also sits on the FinTech Advisory council for the Institute of International Finance (IIF). For the Infocomm Media Development Authority (IMDA), Paul is also Co-Chair of the TechSkills Accelerator (TeSA), IMDA’s SkillsFuture initiative. 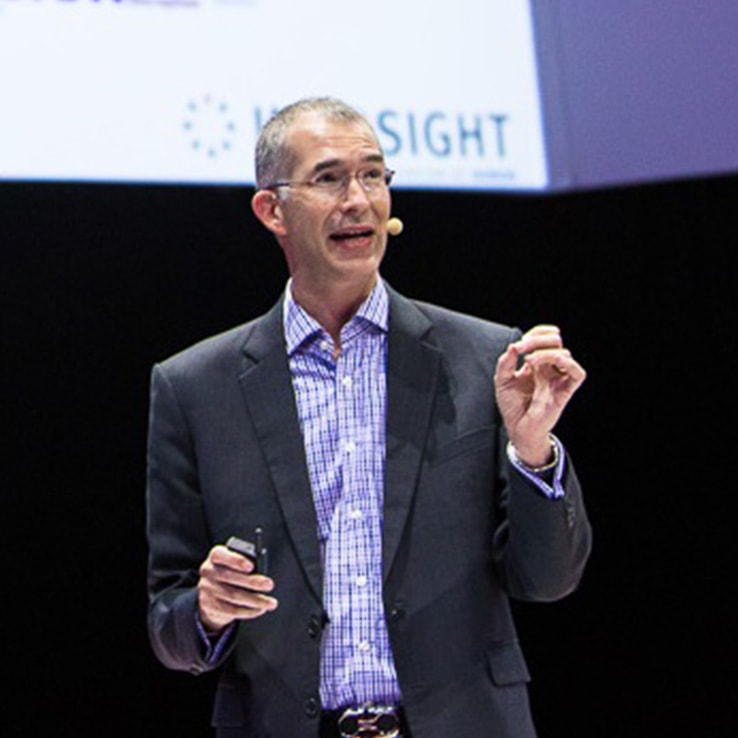 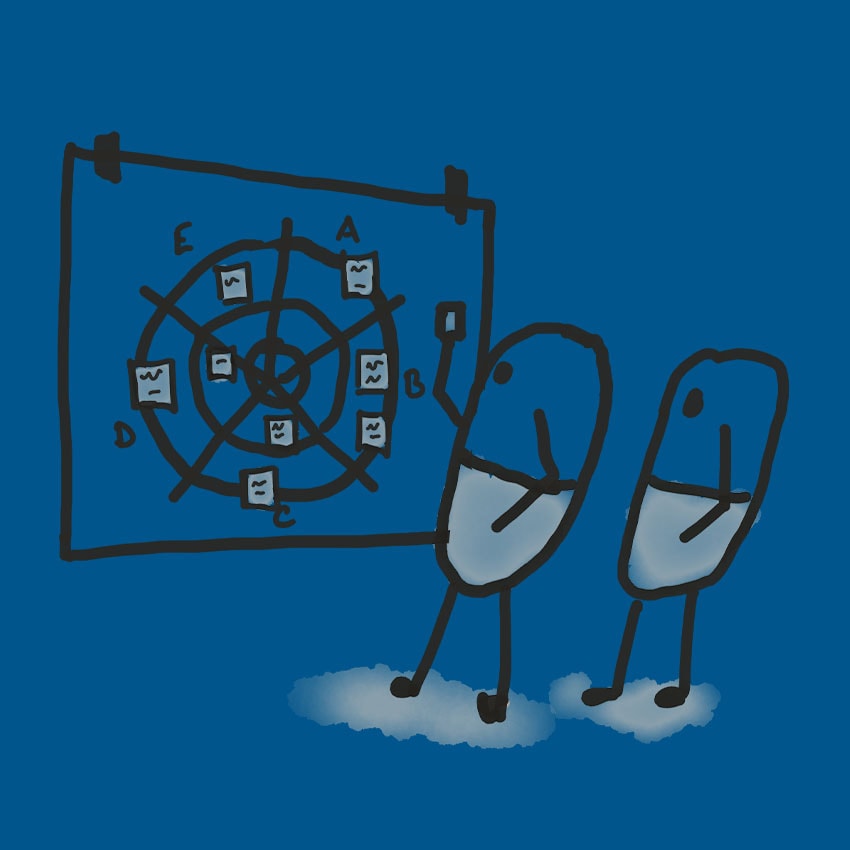 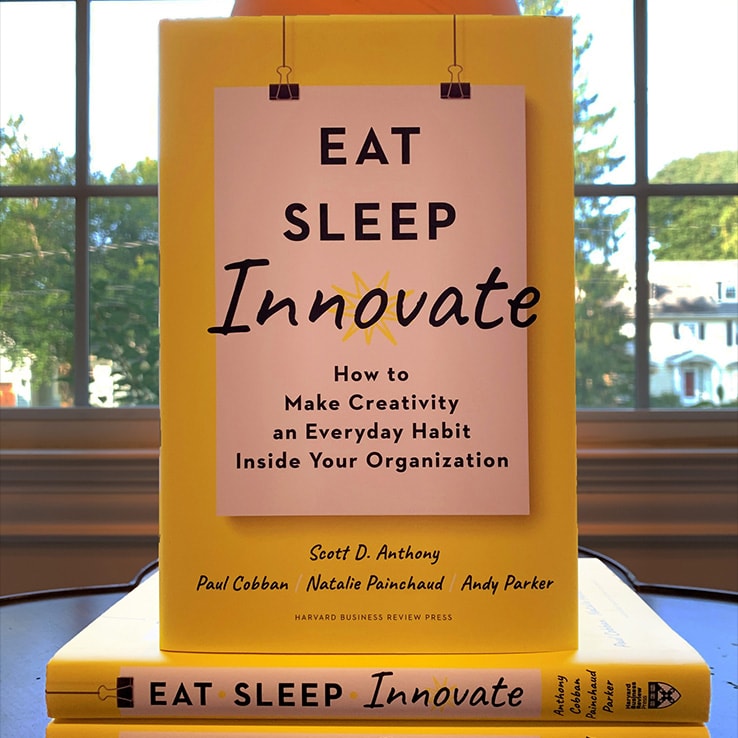 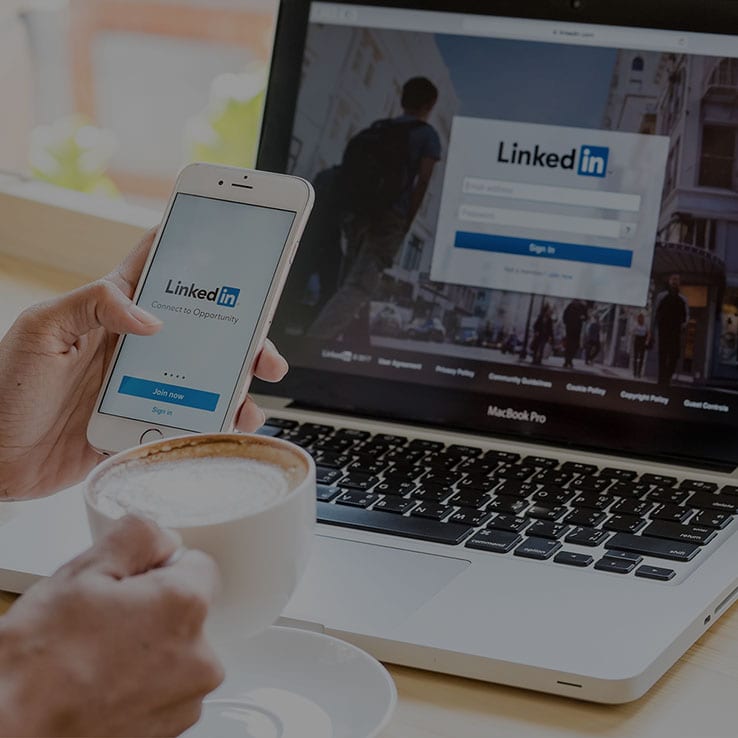 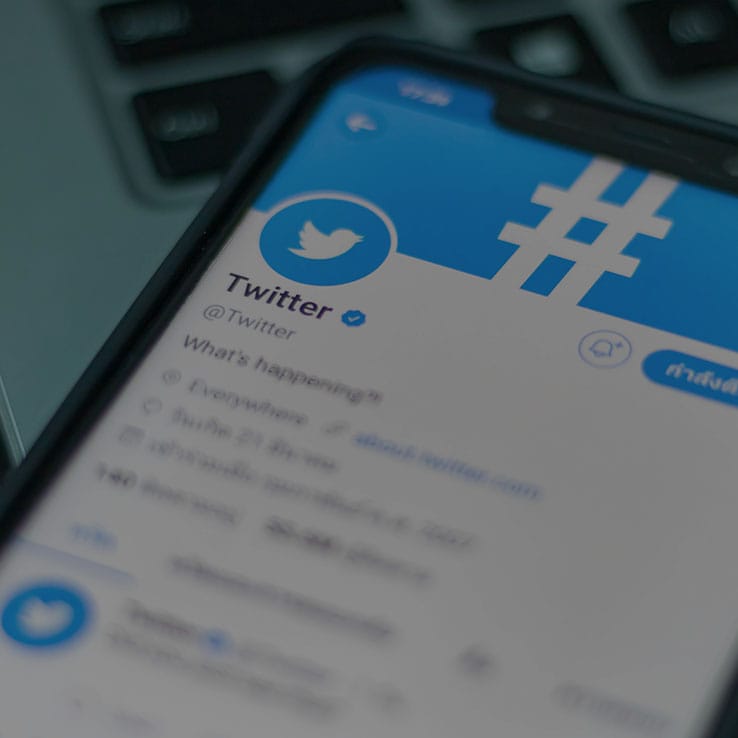 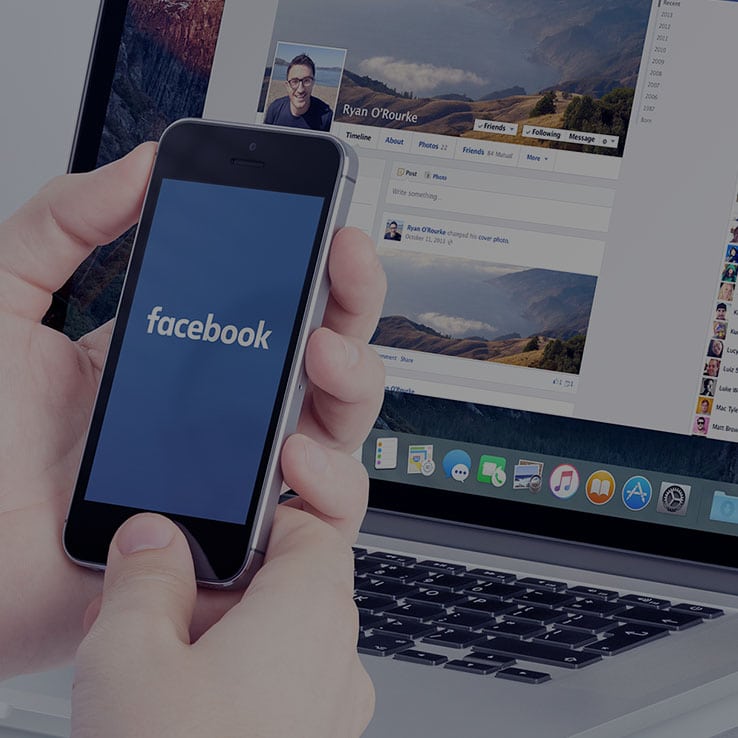 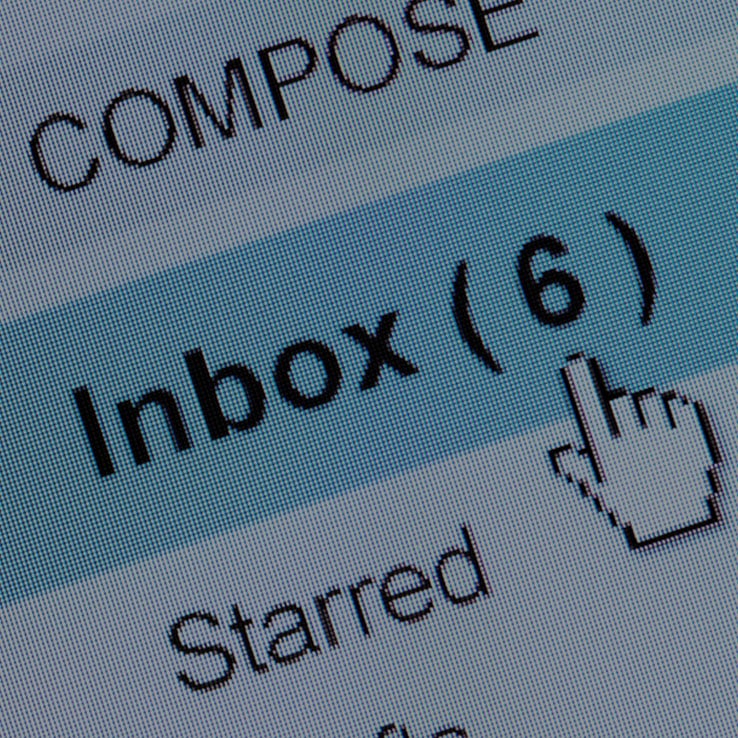