STAYING AHEAD OF DISRUPTION

Beginning life as a disruptive threat to traditional broadcast networks, cable television has in turn been challenged by newer waves of disruption, from YouTube to Netflix to social media to digital advertising models. A semi-autonomous unit of Time Warner, Turner Broadcasting has always aimed to be proactive about tackling threats and identifying opportunities for the company’s flagship assets. With this attitude in mind, the leadership team has collaborated with Innosight at two critical points in its history—to assess early warning signals, reimagine the future, and then take immediate action with a combination of low-cost experiments and big investments. 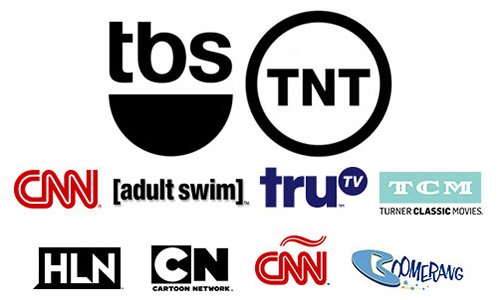 If you flipped on one of Turner’s channels in the early 2000s, you’d likely encounter a classic film, re-runs of Law & Order or Friends, or an Atlanta Braves game. But with the emergence of online streaming and social media, its basic advertising and subscription-driven model was thrown into question. Starting in 2006, a time when the core business was healthy, Turner leadership embraced Innosight’s future-back approach for reimagining a different future.

Out of this effort came five key strategic thrusts to help respond to the trends in the industry:

To address this final challenge, Turner conceived an innovation called TV in Context, which was inspired by Google AdWords and other “contextual” advertising. The service involved offering marketers the ability to match a commercial with a particular moment in a show or movie. For instance, if Matt Damon’s car in The Bourne Supremacy crashes, follow that with a spot for GM’s OnStar emergency service. But Turner’s executives weren’t sure whether the idea would work in practice. There were too many technology, cost, and viewer psychology issues.

Innosight collaborated on a plan to test TV in Context on a subset of Turner’s programming. Using our “emergent strategy” approach —learning fast from failure points and adjusting—the team designed a series of low-risk tests. According to Turner, our work accelerated progress with the innovation by as much as two years. Advertiser sign ups included Applebee’s, Best Buy, Chili’s, Hallmark, Kellogg, and General Motors. Results included an 18% increase in ad recall, according to Nielsen. More importantly, viewers were twice as likely to buy the featured product, according to OTX Research. After a year of piloting, Turner’s TBS and TNT networks expanded TV in Context to become part of the standard offering to advertisers.

“What attracted me to Innosight was the process of bringing our company executives along on the ride—tapping into our intellectual capital as opposed to showing up with a deck and saying here’s an answer, go do it.” – Doug Shapiro, Chief Strategy Officer, Turner Broadcasting

More broadly, Turner’s networks now feature fresh, original programming and major sporting events, and its online presence has grown, attracting younger viewers. By 2015, according to the company, “Turner was the only programming group with three of the Top 10 ad-supported cable networks in primetime among adults 18 to 49.”

Given the success of the earlier engagement, Turner leadership invited Innosight back in 2016 to assess the current range of disruptive threats, develop a new vision of the future, and collaborate on a new portfolio of innovations. Deploying our Dual Transformation framework (see video), Turner is now adapting its core broadcasting business while launching new digital growth ventures.