GETTING A MAJOR GROWTH INITIATIVE UNSTUCK

Big companies need big wins to move the needle on growth. As the largest firm of its kind in Asia, with $15 billion in revenues and 300,000 employees, Tata Consultancy Services launched iON in 2011 with the ambition of penetrating India’s small and medium business (SMB) market first 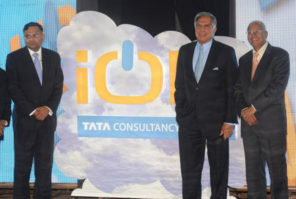 and then expanding it into a billion-dollar business globally. At the outset, this goal seemed sound. After all, industry projections called for SMB companies spending $48.5 billion annually on information technology within five years. But while the SMB market might appear enormous from a distance, up close it’s like a pointillist painting with many small niches, making it difficult to drive adoption quickly through a single business model. A year into its launch, iON was failing to gain traction.

REFRAMING AROUND THE WAY CUSTOMERS WORK

The Mumbai-based firm brought in Innosight to find ways to jumpstart growth. The team began by conducting interviews with dozens of businesses owners as well as sales channel partners, and existing iOn customers. The objective: discover the often hidden customer needs, or “jobs to be done,” that weren’t been served by anyone in the market.

The insights led to a conclusion that the initial versions of the software were designed around solving software problems rather than customer problems. The team recommended reframing the solution around untapped opportunities in manufacturing and in educational testing. At the same time, Innosight recommended exiting other areas where customer needs weren’t as strong, such as serving health spas. After three months, senior leaders agreed to a relaunch plan that included IT-as-a-service business models targeted at specific jobs.

India’s Economic Times called iON “the preeminent platform for conducting examinations in the country.” A custom version for medical professionals is now the top solution for the professional development of doctors.

Whereas iON initially struggled to gain traction as a general solution, the close focus on managing manufacturing and conducting educational tests and assessments has turned the product into a winner, helping Tata beat six other bidders to secure a five-year contract to conduct the Common Aptitude Test, the gateway into India’s business schools. India’s Economic Times called iON “the preeminent platform for conducting examinations in the country.” One version of iON, called “The Physicians Network,” has become a digital learning platform for supporting the professional development of doctors in 84 countries. According to TCS, iON surpassed a milestone of $150 million in revenue in 2015, up from about $10 million before the repositioning and is now a separately managed business unit that has pioneered an “entirely different way of working.”