The Boston-based firm traces its roots back to the beginning of books crafted in America, publishing the likes of Hawthorne, Longfellow, Emerson, Thoreau and Twain. Nowadays, textbooks account for more than 90 percent of its revenue. But education is undergoing tumultuous change as kids and teachers rely more and more on tablets and smart phones. Budget shortfalls mean that the market for bound textbooks is shrinking as the traditional model of states allocating money to adopt print products is fading away. Yet the need to help students perform better is only growing more urgent. That’s why the Innosight team recommended a new way of organizing the company—around customers rather than products. The shift meant focusing on the needs of students and other stakeholders, rather than on the management of categories such as literature, math and social studies.

GETTING CLOSER TO THE CUSTOMERS

HMH had successfully created digital curricula for K-12 math and science. Its Fuse algebra and geometry apps as well as its Science Fusion digital pathway were heralded as groundbreaking. But the market demanded much more across dozens of product lines. Innosight’s “jobs to be done” framework served as the new innovation playbook. The idea was to take a complete view of the many reasons why stakeholders in the system “hire” learning products. This effort involved spending time at schools to determine not only their learning and economic requirements but also their often unstated social and emotional needs.

The crisis in Cleveland was a case in point. In March 2011, the Cleveland School District was suddenly faced with a $47 million budget deficit. That meant closing some schools entirely while eliminating programs, laying off teachers, and postponing purchasing. HMH reframe its approach to Cleveland—by introducing itself not as a textbook publisher but as an educational partner that could help address multiple challenges. Within weeks, HMH adapted its content for e-reader tablets and launched a first-of-its-kind pilot project in Cleveland. Not only were the devices cheaper than a collection of bound books, but they made backpacks lighter. Giving kids new devices also made them feel as if the school system cared more about them during a difficult time. 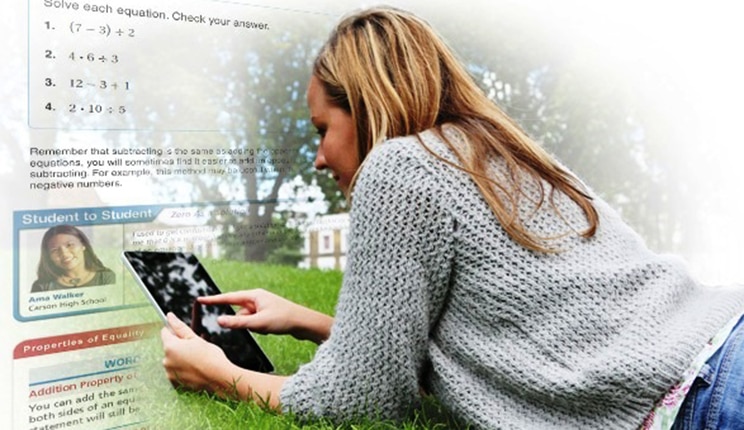 THE DIGITAL TRANSFORMATION OF LEARNING 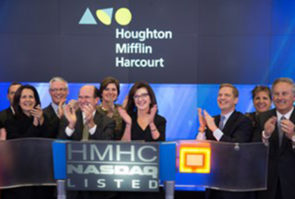 arket learnings to guide its innovation efforts, the company moved into the future with a powerful ally. In 2012, Apple announced that HMH would be a partner in its digital textbooks initiative for the iBooks 2 platform on the iPad. Based on the strength of both its newly refreshed print and digital product lines, HMH staged a turnaround that resulted in a successful IPO in 2013 (NASDAQ: HMHC). By 2015, HMH was getting more than 50% of its revenue from digital learning products, up from less than 20% when the transformation effort began.

“Innosight really were the teachers for us to think of our disrupted market as an opportunity. Where we were looking at it as blocking our future, Innosight helped open the doors to look at it as the opening we needed to help us get to the future.”