The two-day event attracted a wide range of leaders—including public health and supply chain experts—from places as diverse as the World Health Organization (WHO), MIT, Partners in Health, and Wal-Mart.

Convening at Innosight’s Business Design Lab, the MDR-TB Solutions Summit began by laying out the severity of the problem for those who held no expertise in global health. Since tuberculosis has been around for thousands of years and because vaccines are fairly cheap, there’s a perception in the developed world that the problem is well under control. But that’s not the case for “multi-drug resistant,” or MDR-TB, which arises when treatments are improperly applied. MDR-TB accounts for about 10% of total TB fatalities worldwide, or about 150,000 deaths per year, according to USAID. The highest concentrations of the disease occur in India, China, Russia, and many parts of Africa. “Due to incorrect treatment, MDR-TB is a man-made disease,” said Lucica Ditiu, executive secretary at WHO. “That is unacceptable.”

A Disciplined Approach to Discovering Solutions

Overcoming such a complex cluster of problems requires “systems thinking,” said Innosight senior partner Joe Sinfield. He outlined an integrated discovery process inspired in part by how Thomas Edison invented an entire city-wide system for power generation. The process involved “diverging,” or breaking down a giant problem into more solvable components, and then “converging,” or putting those components back together into a holistic system.

See “The Discipline of Creativity” by Joe Sinfield, Tim Gustafson, and Brian Hindo

The team identified a set of 14 barriers—such as lack of detection methods, laboratory capacity, awareness, and financing—that stand in the way of averting the crisis. The group of 40 then broke into seven groups, with each tackling one barrier per day. Each group got a background kit as well as brainstorming resources, such movable white board walls, to facilitate collaboration.

Drug resistance forces public health officials to turn to “second-line” drugs. But just 5% of patients are properly treated each year, which leads to super strains that threaten t 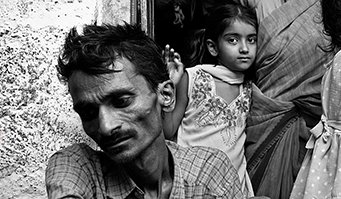 o become an epidemic. That’s because all TB is caused by bacteria transmitted through the air. TB ravages the body, causing severe pain, night-sweats, fatigue, and coughing of blood. Bleak as the outlook was, even those who were wary about bringing outsiders into the mix turned hopeful as the summit progressed. “When it started, I said I was skeptical,” said Dr. Lee Reichman, author of Time Bomb, a seminal book about the crisis.
“A lot of people in the room didn’t know about TB. But then, all of a sudden, they say ‘wow, this is a monumental problem; maybe we could solve it this way or that way.’ We need more thinking like this by people of diverse backgrounds.”

The participants generated more than 90 specific solutions to meet the MDR-TB challenge. Those raw ideas were consolidated down into a set of 14 “solutions platforms” that address the key barriers. Out of those, the team outlined a targeted selection of projects, including:

Each of these projects moved forward through partial funding by USAID and the Gates Foundation. “I am very optimistic coming out of our work together,” said Tracy Sims, vice president of the Lilly Foundation. “That optimism is tempered against the size of the challenge, but the only way we are going to resolve MDR-TB is by finding precise methodologies to overcome the known barriers.” 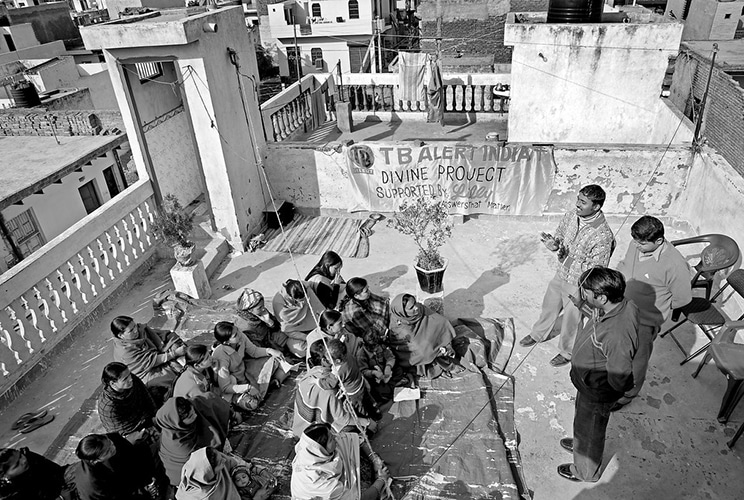 “The whole Innosight process brings together people of diverse backgrounds, including those who knew nothing about TB but who can break a giant problem into little pieces then reconstruct those pieces into a larger solution.”