A VENTURE-CAPITAL INSPIRED APPROACH TO GROWTH

Over its 150+ year history, Bayer has become firmly established in core markets across healthcare and agriculture. But with CEO Werner Baumann declaring that innovation is critical to new growth and executing its mission of “Science For A Better Life,” leaders needed to identify how to boost innovation performance. After the failure in 2015 of a growth initiative from Bayer’s Environmental Science (ES) unit within CropScience, a post-mortem review found the organization lacked a reliable way to de-risk and scale entrepreneurial ventures.

Collaborating with Innosight, the Bayer team began by forming a 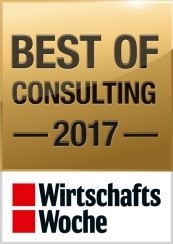 Venture Advisory Board of both internal and external leaders such as Innosight Senior Partner Bernard Kümmerli. The team set up a funding system modeled on the milestone-based approach of venture capital firms, so that new ventures could be governed independently. “Innosight helped us set up the new organization for success,” says Jacqueline M. Applegate, Bayer’s President of Environmental Science Worldwide.

USING DIGITAL TO CHANGE THE GAME

To discover transformational opportunities, the team zeroed in on one of Bayer’s most lucrative markets: the $22 billion global pest control chemical business. Instead of competing on price or the efficacy of chemicals alone, the team set out to change the game by using digital technologies to monitor and manage pest control assets in both residences and industrial settings such as food warehouses. Applying jobs to be done, Innosight’s framework for understanding customer needs and identifying opportunities, the team spent time in the field to find unaddressed pain points, such as the time-consuming process of physically checking rodent traps.

“Innosight has been very insightful about challenging us around how we can approach the market differently. What we learned from Innosight is a way of working with our customers to expand our market opportunity and to change faster than we ever have before.”

The result is the Bayer Pest Management Platform, an Internet of Things solution for everything from distribution, maintenance, reporting, and customer renewals. By retrofitting existing rodent traps with sensors and relaying data—such as whenever a trap gets shut—the platform connects previously offline devices via the Microsoft Azure cloud. Predictive analytics can help reposition traps and move faster to problem zones. This solution also called for a new way to generate revenue—leading to an annual subscription model rather than just selling chemicals and equipment. After testing and refining the business model in small-scale settings during a 90-day market trial, the new venture in 2016 acquired its first revenue-producing customers and has continued to scale rapidly.

THE IMPACT ON BAYER’S INNOVATION CULTURE

The project has left Bayer with lasting capabilities, including a lens for customer-centric digital business model design, as well as how to set up a growth-oriented governance system. “The whole experience has changed how we think about customers and solution development,” says Applegate.

To match the venture’s expansion, headcount has more than doubled since launch. In 2016, the effort was awarded a prestigious internal Bayer prize for impact. And in 2017, the collaboration between Innosight and Bayer won the prestigious “Best of Consulting 2017” Award in the strategy category from WirtschaftsWoche, Germany’s leading weekly business publication.